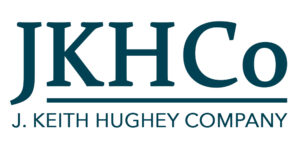 So Much for Rules of Thumb

So Much for Rules of Thumb  – (Unless You’re a Hitchhiker)

For those of you too young to recognize the rather archaic term rule of thumb, it’s defined as “a broadly accurate principle based on experience rather than theory.” So, here’s a question for you: how many rules of that type can you name? More to the point, how many rules of thumb are you adhering to? Next question, how’s that working for ya?

If I had to guess, the answer is not too well of late! For a very long time many among us have enjoyed a degree of success, not to mention a measure of comfort, staying with what we know. And why not? As “they” say, if it ain’t broke don’t fix it. Yet many of the things you and I do are processes that have evolved and developed over time. Furthermore, they are going to continue to evolve. But if you are paying attention, during those prolonged periods when the rate of change has been modest to slow, that spate of repetition of so-called best practices has generated some deep ruts. Does practice really make perfect?

Think for a second. Evolution in business, such that it is, is frequently driven by periodic alterations in the landscape. However, because very few of these shifts take place in the blink of an eye, most organizations have been able to make incremental tweaks to their policies and procedures (processes). Looking back, we can see that one of the primary drivers of significant change has been the competitive environment. Of late, that charioteer has assumed the form of technological innovation. At other times, the changes we’ve made have resulted from a regulatory (governmental) edict meant to carry out a particular social, fiscal, or political agenda. Or perhaps the source of change has been another body with extraordinary sway over what we do and how we do it (FASB, the SEC, and special interest groups all come to mind as drivers of some hard to fathom change). Other times the impetus has been more predictable as in the economic cycle or more practical as in demographic shifts.

Regardless of the driving force, in most cases any change in how we do things has unfolded over time as the intelligent response to some gradual shift or reasoned debate. Thus, we are usually afforded some lead time to make needed adjustments. But not this time. For two plus years, seismic forces have been at work. Yet some continue to cling to old, familiar ways in an attempt to get the job

done. To which we must say, yesterday’s solutions are incapable of solving most of today’s problems.

For instance, one of the rules of thumb that has served a lot of organizations quite well over the last two decades has been “hire slow, fire fast.” That mantra, when followed, reduced hiring mistakes and when the occasional mistake was made, produced a quick fix. But nowadays, in what is decidedly a sellers’ market for workers – the intense competition for people has given rise to the need for much faster decision-making. Thus, today’s rule of thumb when it comes to hiring must be he/she who hesitates – even for an instant – is lost. Word then to the wise: if you continue to approach the hiring decision the way you “always” have, you’ll find your prospective crew has sailed with the tide. In other words, that potential employee has accepted another offer while you are decidedly (or more accurately, undecidedly) late to the party.

So, the new rule of thumb when it comes to hiring must be hire fast, fire faster should that new employee fail to work out. Anything less (i.e., sticking with the “way we’ve always done it”) is a recipe for failure.

“He saved us, not because of works done by us in righteousness, but according to his own mercy, by the washing of regeneration and renewal of the Holy Spirit,” Titus 3:5

Copyright 2022 by J. Keith Hughey. All rights reserved. Permission is hereby granted for reproduction and redistribution of this essay as provided under the copyright laws of the United States of America. The entire early library of Monday Morning Musings issues may be found at www.jkeithhughey.com. Your comments are welcome and encouraged.

Stay up to date.

Sign up our newsletter for latest article and news.

Making a Difference Award for September 2022

Get to the Point